Model: Avengers: Endgame Captain Marvel (Egg Attack Action) EAA108
Product Measurements: Approx. 6-inch (15-16 cm)
Concluding phase three’s epic Marvel Cinematic Universe saga, The Avengers Infinity War brought together nearly every character introduced since it’s launch ten years back. With the most powerful beings in the universe vying to take down the evil Thanos, what better character to take the mantle of the most powerful Avenger than Captain Marvel.
Carol Danvers, (AKA Captain Marvel), first introduced in her own solo film, joins the Avengers in the final battle of Infinity War to battle the hordes of The Black Order, Thanos’ alien army!
With a new costume and haircut to boot, whilst fans had to wait until the end battle to see her, Captain Marvel truly proved that wait was worth it.
Beast Kingdom is therefore proud to introduce the latest Egg Attack Action release of Captain Marvel: Avengers Endgame edition. Based on the original design from the movie, this release packs a huge amount of extras, perfect for any fan looking to get the ultimate action figure experience.
Standing at 6-inches in height, Captain Marvel is sporting her famous red, blue and gold costume including the legendary star on her chest plate. With a real cloth material belt, 22 points of articulation, replaceable hands, as well as a host of accessories, Carol Danvers is ready to take flight and help her fellow Avengers.
Two newly designed face plates also give collectors the perfect customizable figure, with one allowing Carol’s eyes to move, and the other, giving Captain Marvel her signature glowing eyes (using real LED lights).
Finally included in the pack is Tony Stark’s Nano Gauntlet, with all five infinity stones! A heavily prized item, fought over in the final battle on Earth!
With Captain Marvel’s whereabouts still unknown at the end of the film, fans are excited to see where Carol Danvers ends up next. So in the meantime make sure to take home this powerful mysterious character and showcase her otherworldly strengths on your desk today!
*Actual EAA 108 products may slightly differ from image shown
* These toys are not suitable for children under 4 years old
* Please don't put merchandise in your mouth
* Keep products away from fire
* Actual product may slightly differ from image shown
* Product details can be subject to change without prior notice
* Delivery of products are subject to change 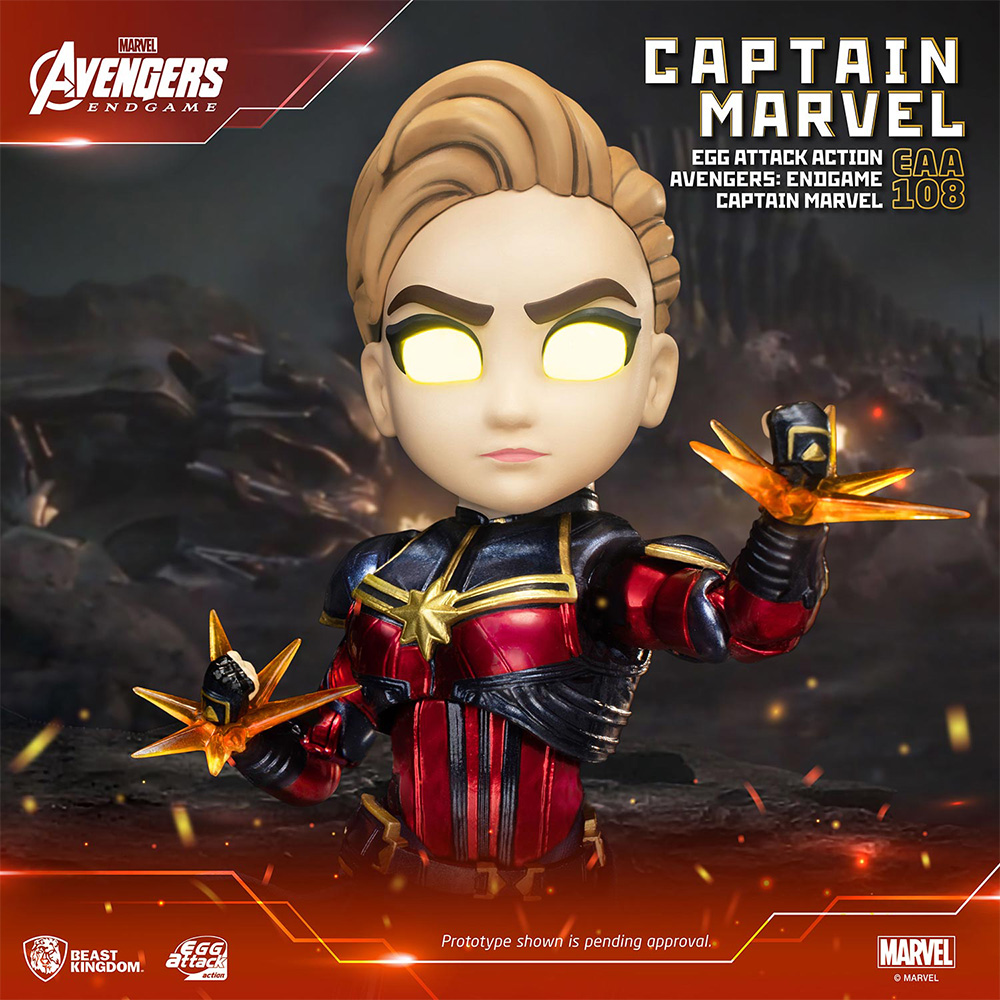 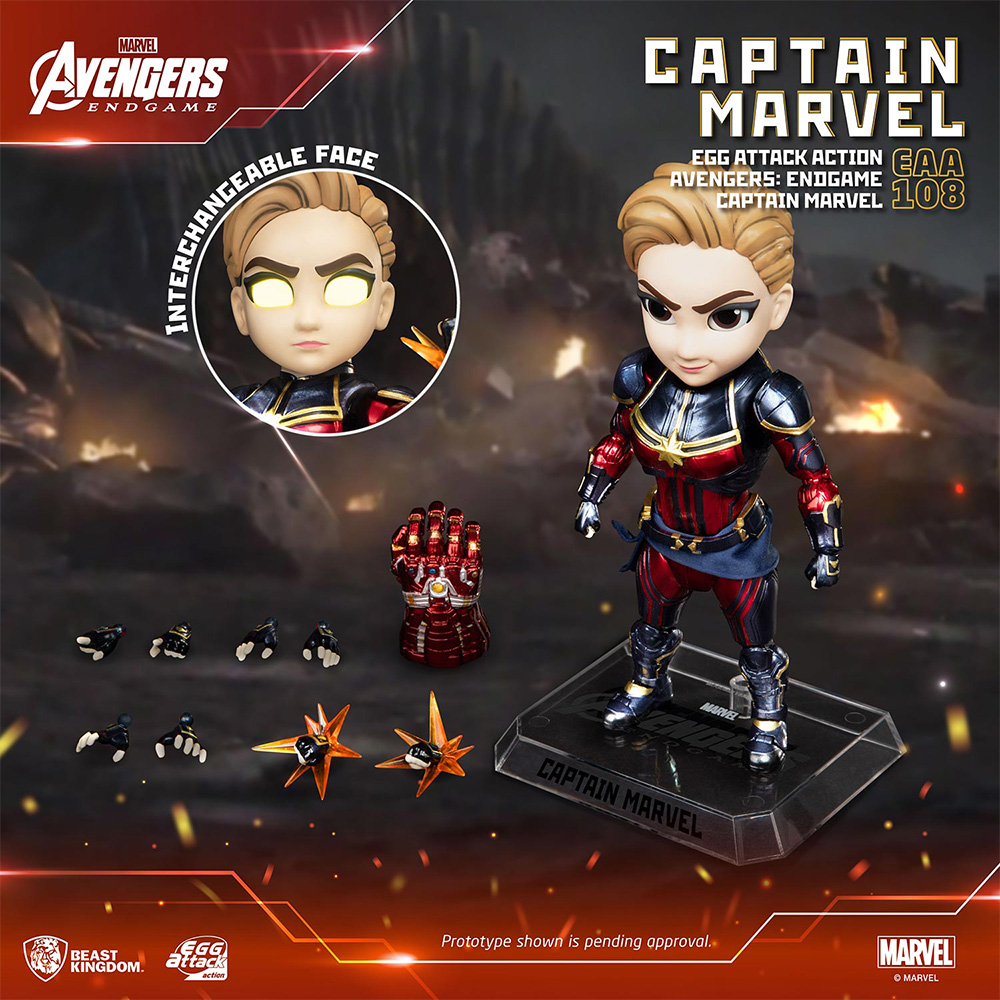