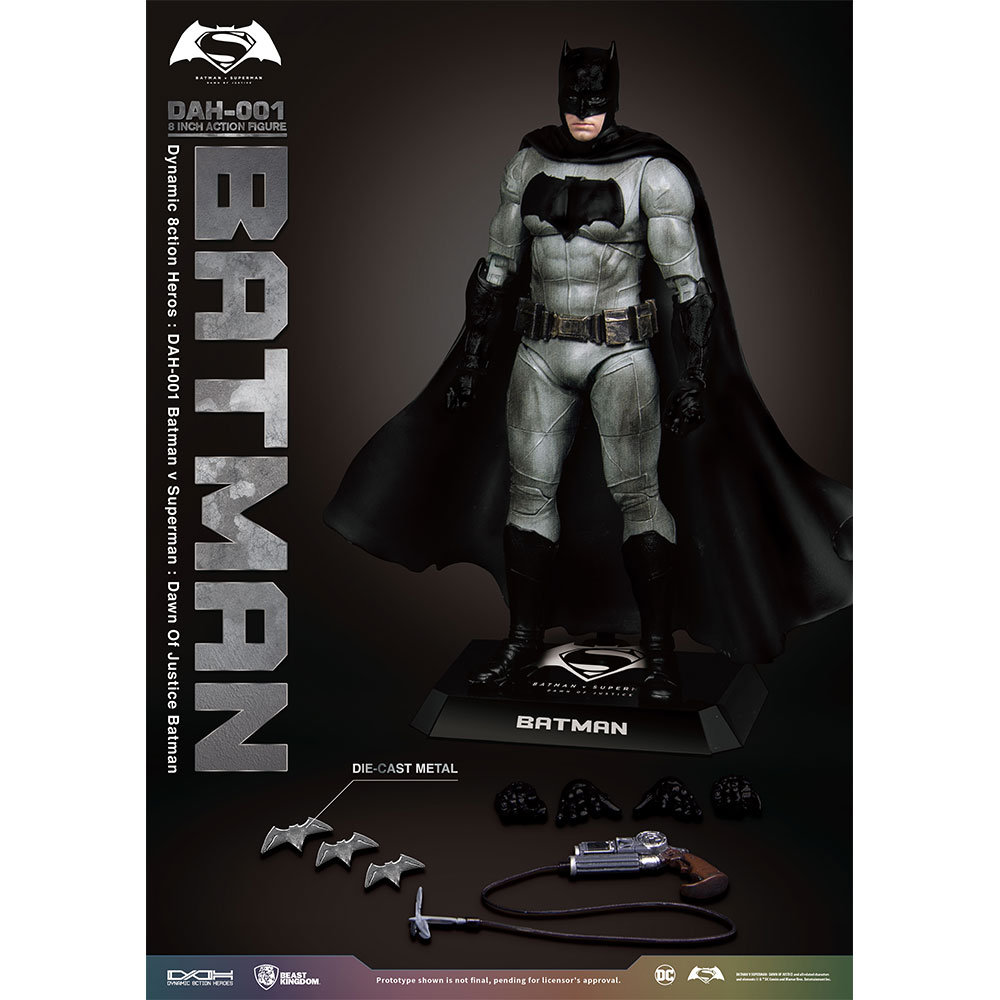 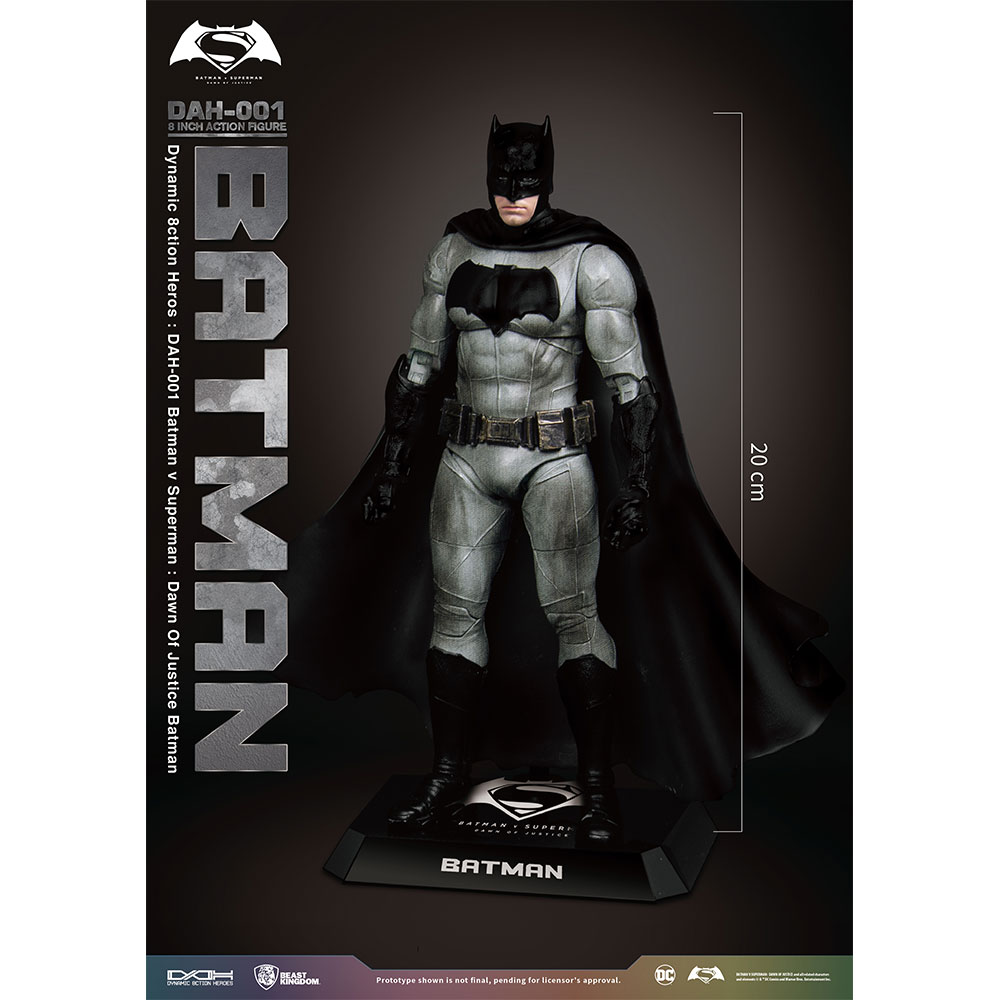 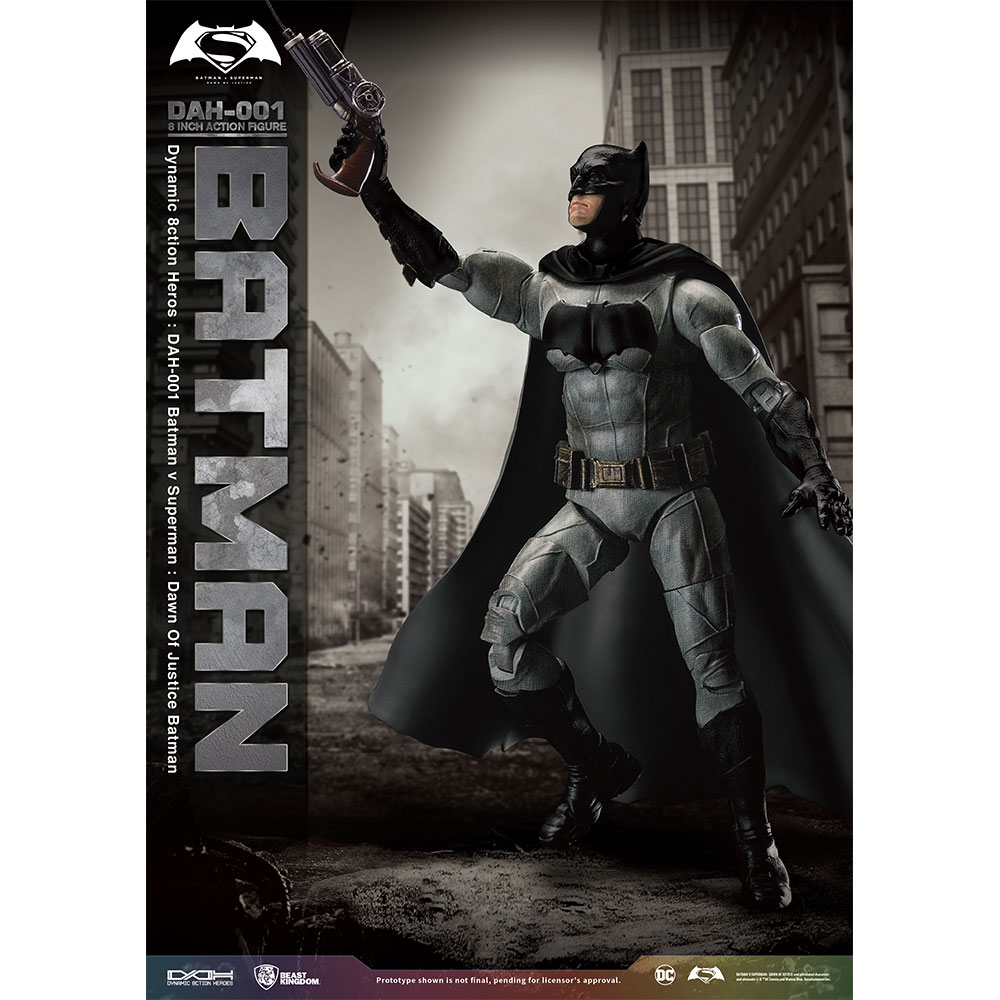 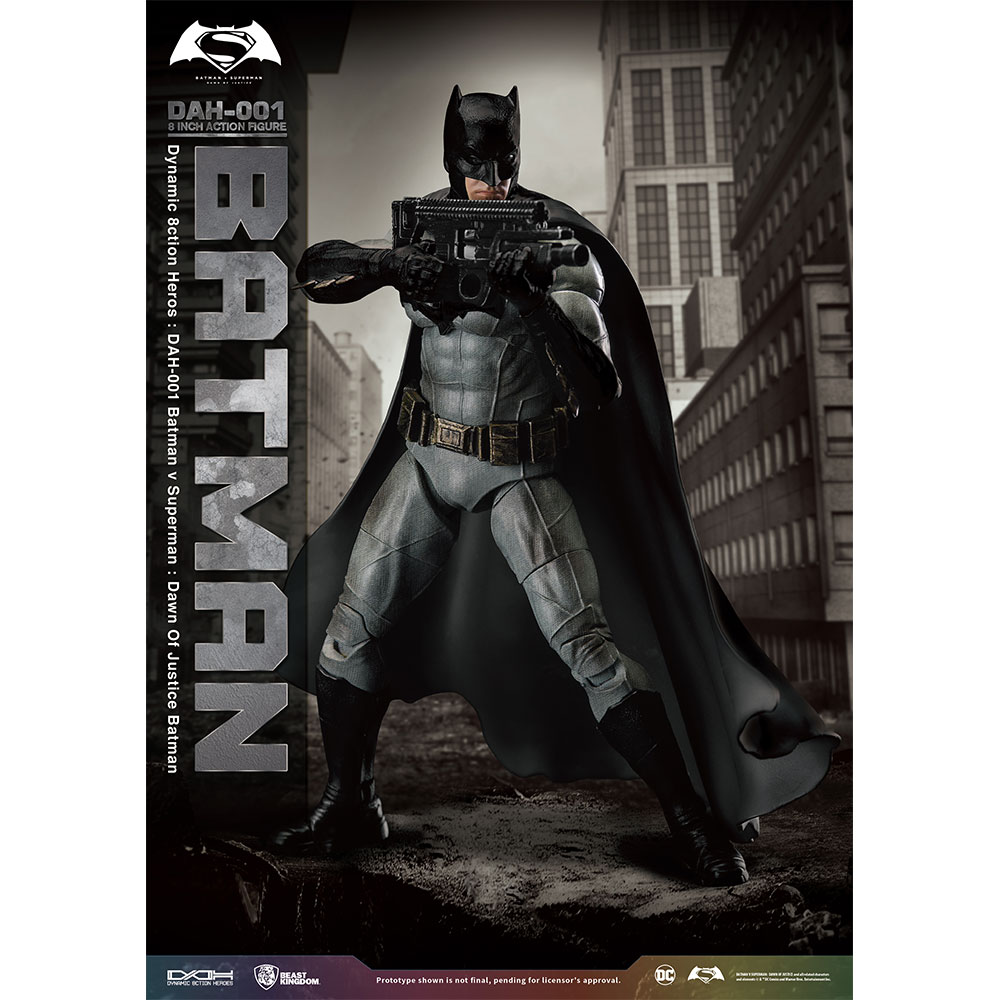 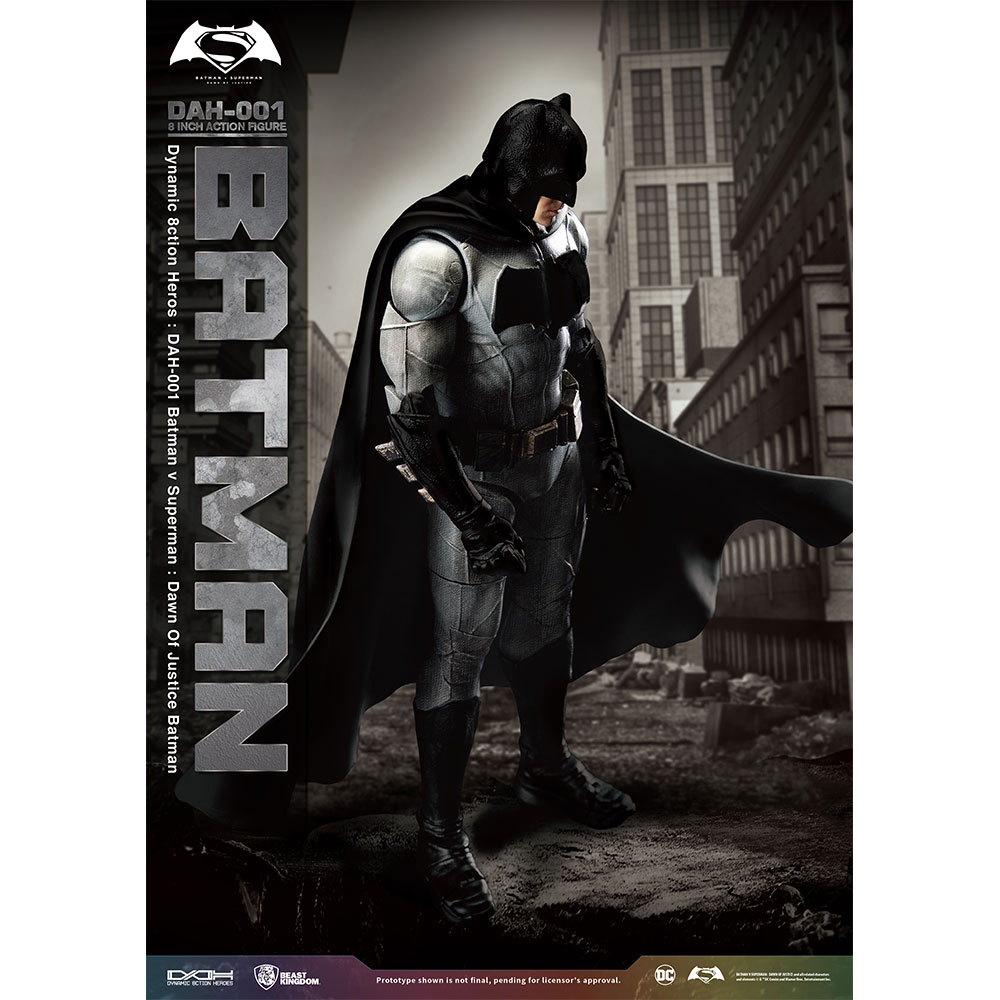 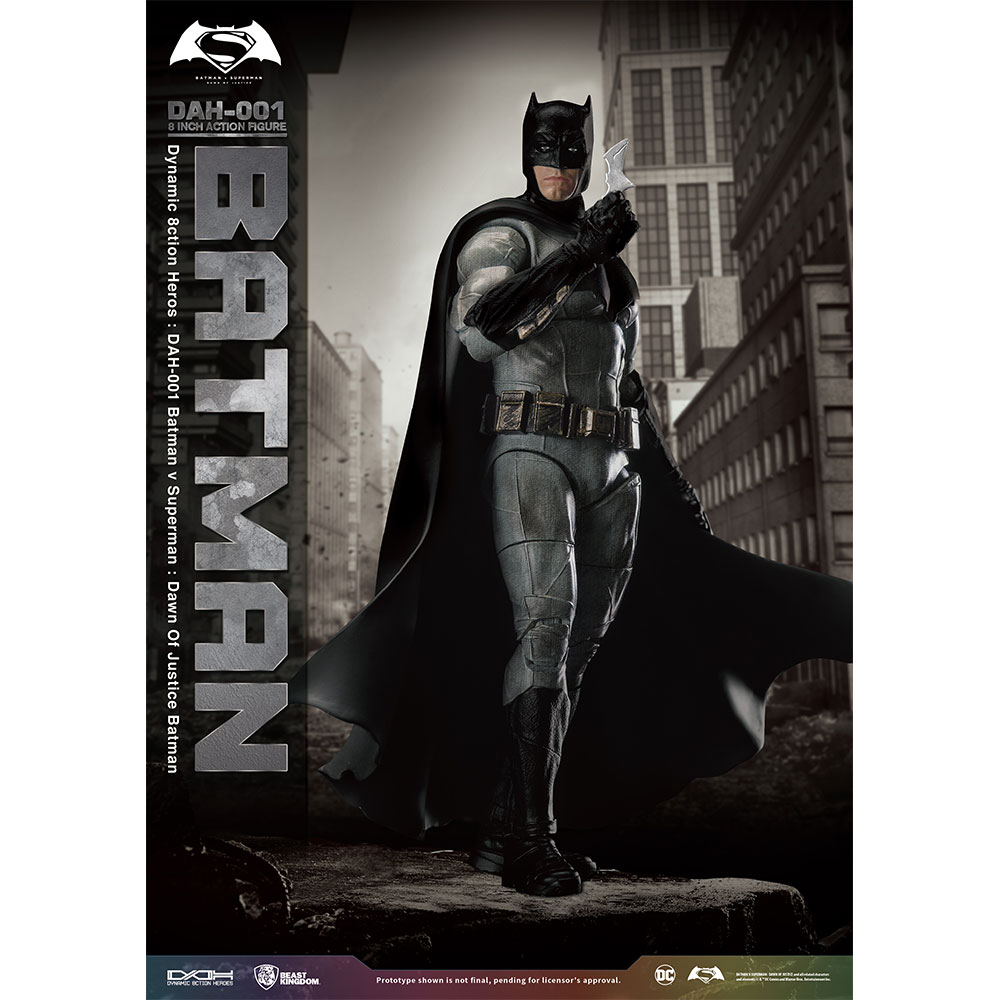 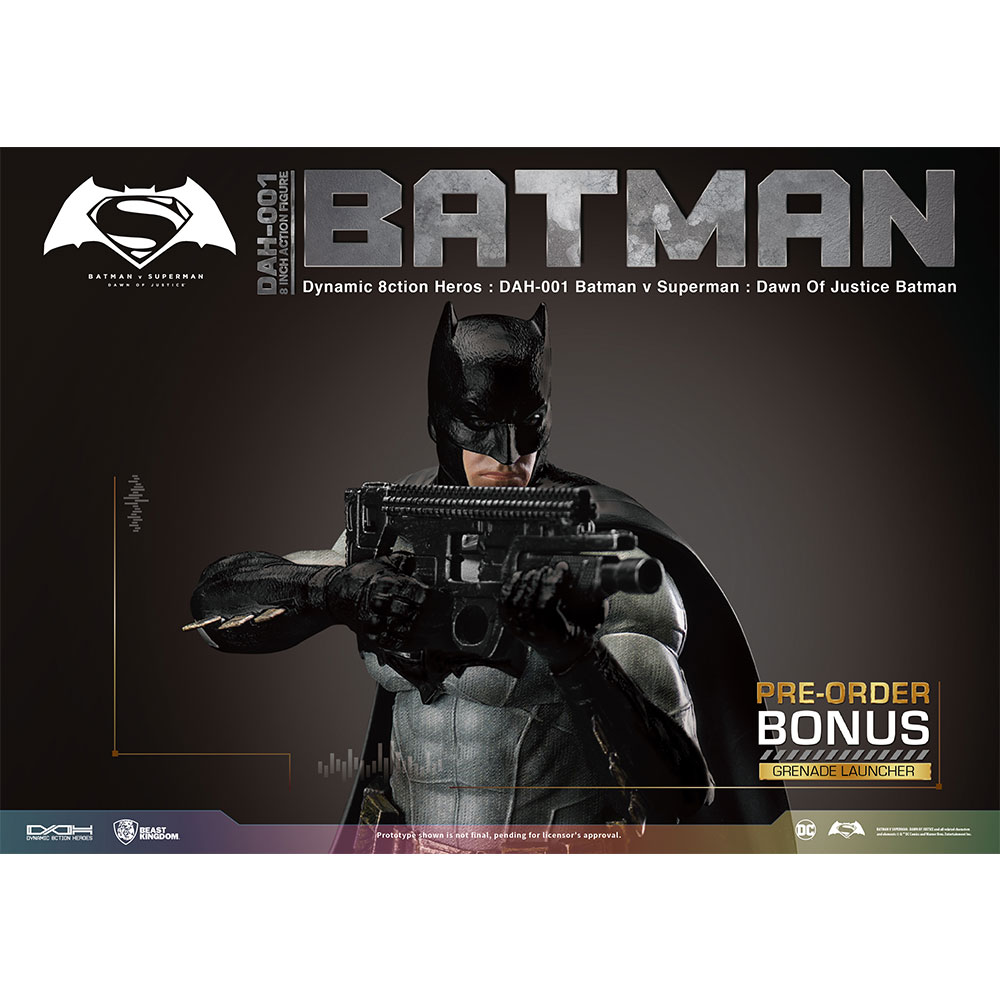 - Grapple Gun, Batarangs (which is made of diecast material), and other items fully recreate Batman’s weapons from the movie.

Beast Kingdom introduces the classic DC hero-Batman. This figure completely recreates Batman as seen in Batman V Superman: Dawn of Justice, and has 30 movable ball-joints, allowing you to make any pose you like. With highly realistic painting, this figure recreates Batman’s stealthy exterior, strong physique, and detailed outfit, faithfully recreating the Dark Knight’s image. Comes with Batman’s Grapple Gun and Batarangs (which is made of diecast material), allowing the player to recreate any of Batman’s battle poses from the movie. Preorders will receive the grenade launcher, allowing the Batman to be ready to deal with any situation.

The classic embodiment of justice and wisdom, Batman is worth having! Come to Beast Kingdom to pick up the D.A.H. series Batman V Superman: Dawn of Justice-Batman figure.