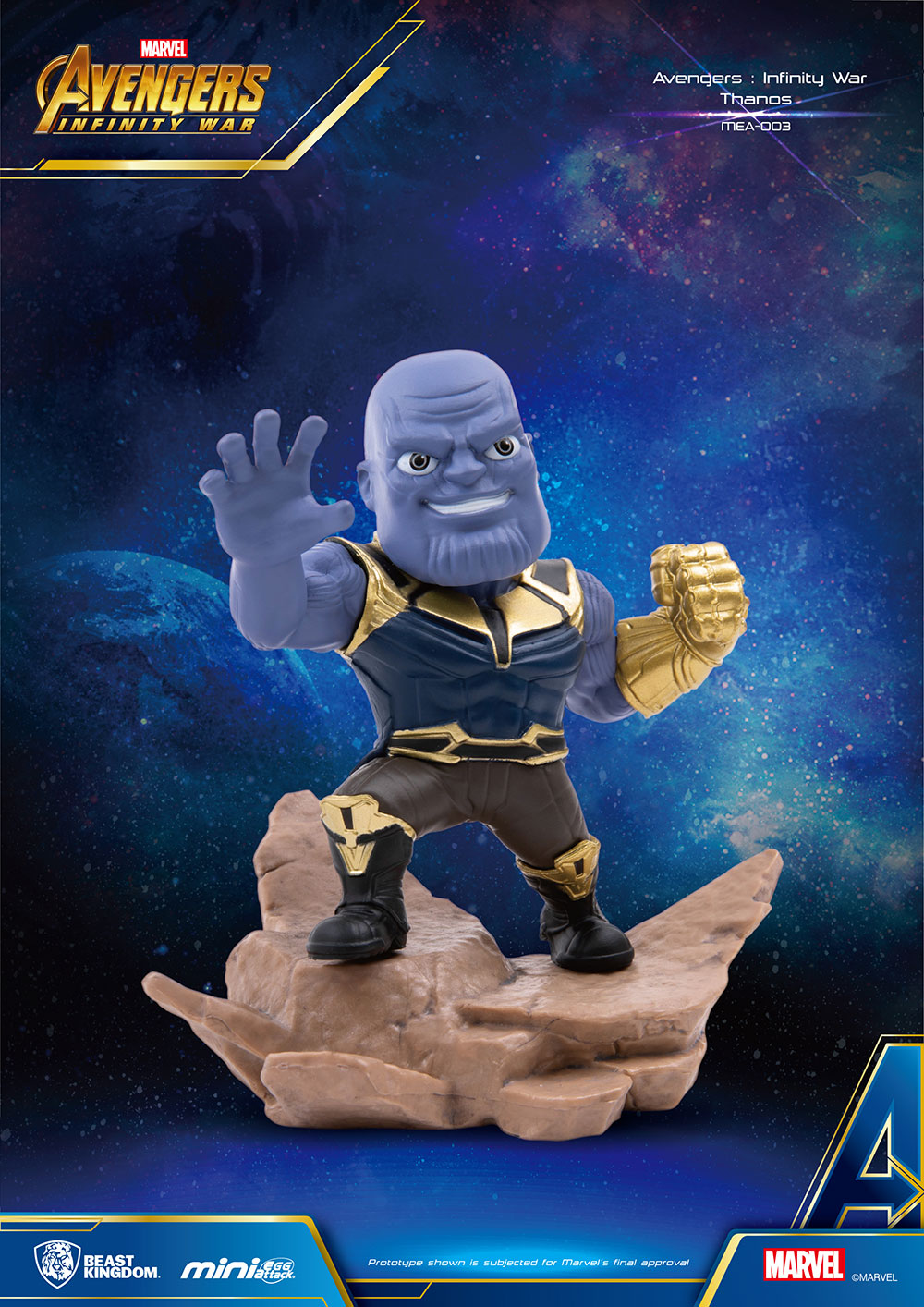 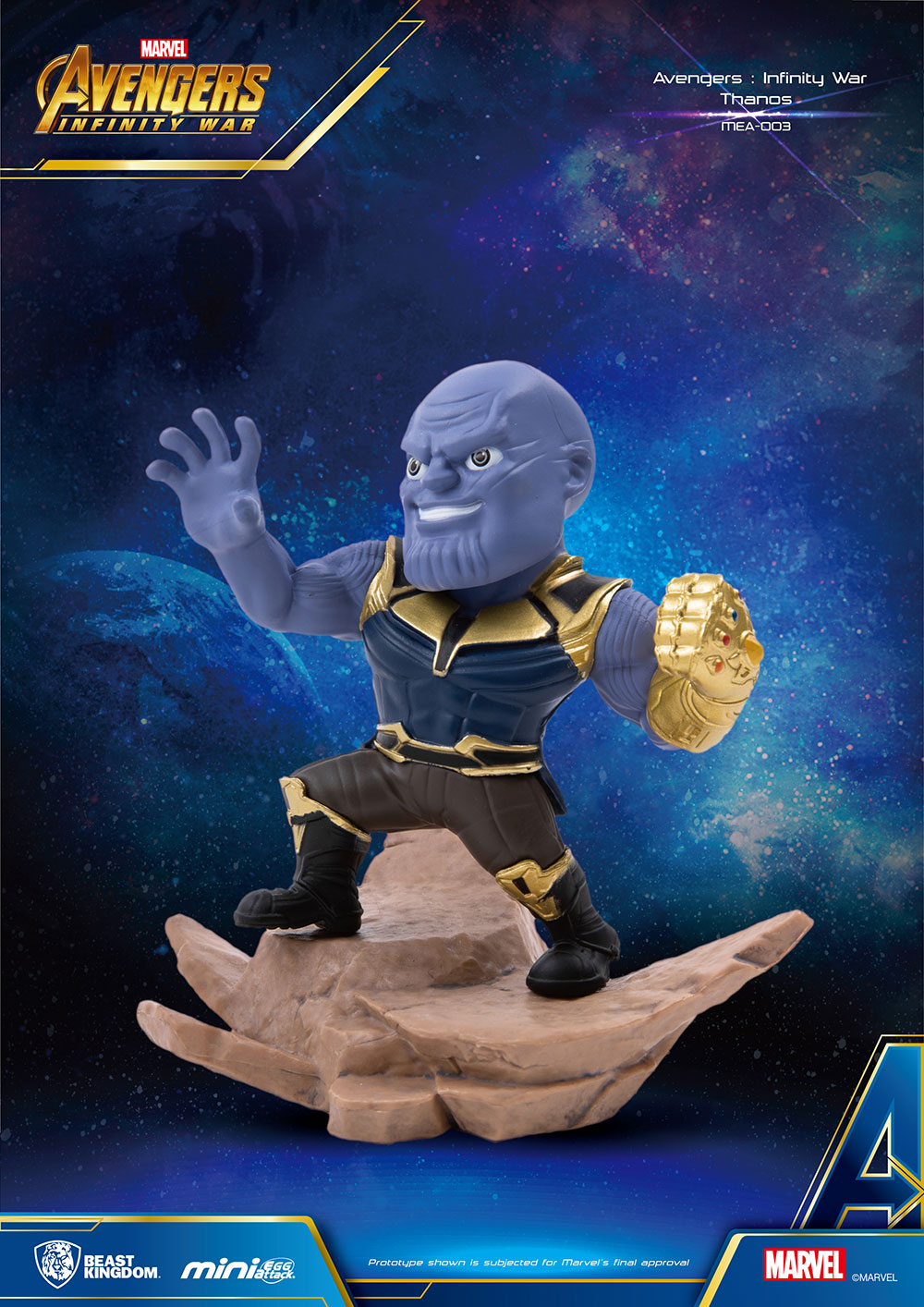 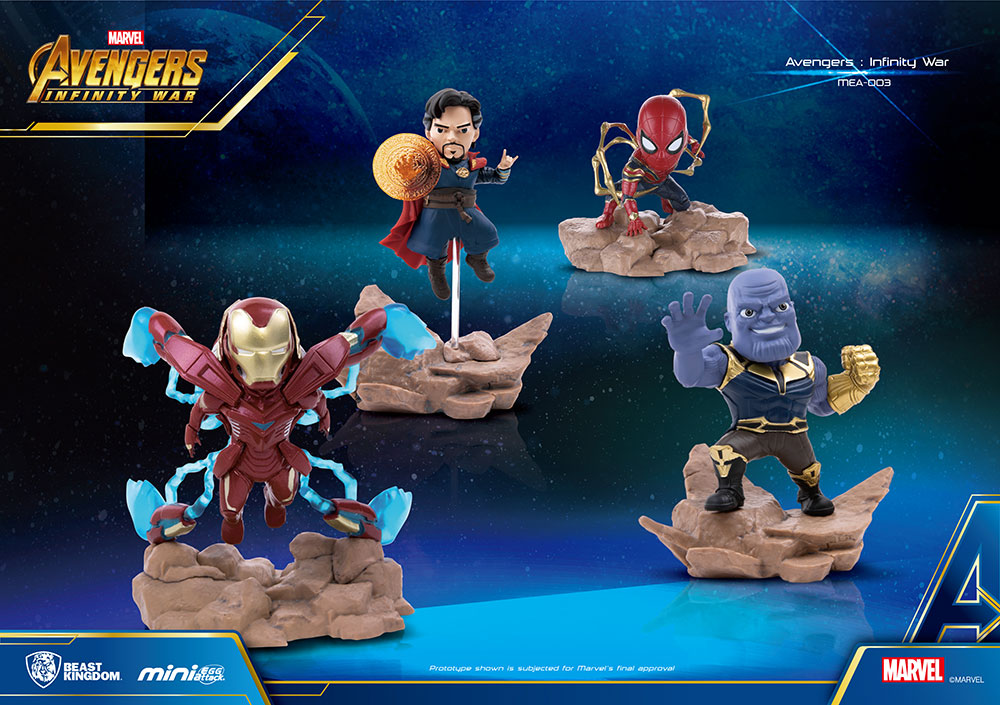 Furthermore, the expressions, postures, and styling of each statuette are based on the character's role in the film, such as the villain Thanos's chilling smirk, Doctor Strange levitating in battle, the Iron Man Mark 50 armor soaring through the fly mode, and Iron Spider ready to spring into action. These miniaturized versions of the iconic characters each comes with a realistic-looking base to create a stronger impression.

3. Iron Man Mark 50, the weapons specialist and tech expert of the team (about 12cm)

- Accurately recreates the expressions and styling of each character